The Doer vs. The Deal Maker

Entrepreneurs can be categorized into two groups. On one hand, you have the doers. These are the people who organically grow a business over time. They plod along for years, or even decades in the same business. They look for small, incremental improvements every day.

Then you have the deal makers.

These are the entrepreneurs who are constantly on the prowl for partners or arbitrage opportunities where they can create value. They spend little time operating their business and favor investing time in new relationships, partnerships and strategies. The deal maker’s natural tendency is to say yes to new ideas, which can occasionally get them into trouble.

Jonathan Jay is a deal maker. Through his 20-year run as an entrepreneur, he has started and sold three businesses, bought two distressed businesses, been sued and had a falling out with a partner. Jay has emerged as a wiser entrepreneur with the scars to prove it.

Whether you’re a doer or a deal maker, you’ll want to set your business up to run without you to maximize your options for the future. Evaluating your company’s dependence on you is something we do using the Value Builder questionnaire—the higher your score, the more able your business is to succeed without you. Complete the Value Builder questionnaire.

Jonathan Jay is the author of five books on business and marketing: Sack Your Boss (2004)
Marketing Secrets Of A Multi Millionaire Entrepreneur (2008)
Unsung Business Heroes (2010)
1001 Ways To Get More Customers (2013)
Turn Your Website Into A Sales And Marketing Machine (2014) Jonathan has been featured in over 100 newspaper articles, radio stations and TV shows.

The Kevin Harrington Way to Structure the Sale of Your Business

Mark Timm built Cottage Garden, a company selling decorative music boxes, to $8 million in revenue and around $1 million in EBITDA when he decided to sell it. Timm sold the business for around 4.5 times EBITDA. He got half of his cash upfront, with the other half paid over a five-year earn-out. Timm not only stayed for his earn-out but when the acquirer decided to move the offices of Cottage Garden, Timm agreed to repurchase the business, only to sell it two years later, for a second time.

Start-Up To Ferrari In Five Years

3 Ways to Untangle Yourself from Your Business

Debbie King was running on a treadmill so familiar to service company owners. Her company, Association Analytics, helped associations make sense of their member data, and she was wasting time on proposals that often did not get accepted. Then, when King did win a project, she was creating a custom solution for every job that required her to hire senior-level staff and personally get involved in client work. The model put a cap on her business, and when she reached 20 employees, she decided it was time to get out.

The downside of selling young

Aaron Walker thought the money from selling his business would make him happy, but life after selling was a lot harder than he thought. 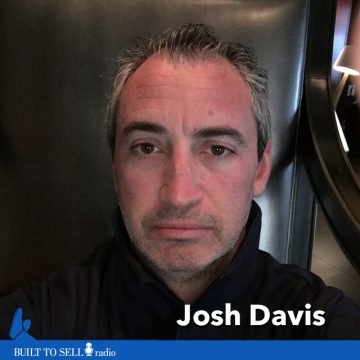 Walking Away From an 8 Figure Exit

Josh Davis started Spirit of Women, a marketing agency selling content about women's health to hospitals. Davis built the company up to almost $10 million in annual revenue when he kicked off a process to sell it, which he hoped would garner an offer of around 7x Earnings Before Interest, Taxes, Depreciation and Amortization (EBITDA).

Inside the Mind of a Private Equity Investor

Frank Cottle led an investor group to buy Hi-Mark Software for 10 times EBITDA. Cottle then sold a chunk for 15 times and ultimately sold his last tranche of equity for more than 16 times EBITDA to Lufthansa.

The downside of accepting shares as payment from your acquirer

Doug Chapiewsky built CenterPoint Solutions Inc. into an Inc. 500 company with $5 million in revenue and more than $3 million in EBITDA before he sold it to Israeli-based Nice Systems. 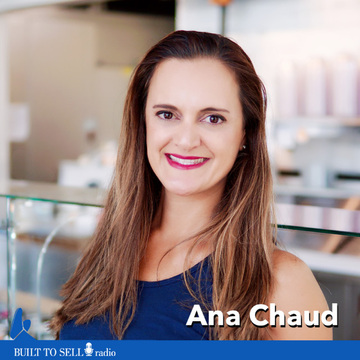