Sophie Howard built and sold a 7 figure Amazon e-Commerce business in less than two years. Here’s how she did it.

Sophie Howard launched her first Amazon business, selling premium handmade products from Nepal. Within 18 months, she’d reached $2 million in revenue for a company that was only taking her a day a week to run.  While it sounds like the perfect source of passive income, Howard had specifically grown her company to be sold.

But selling an Amazon e-commerce business has unique challenges. Howard had an established supply chain and interested international buyers, but no access to her own client list. Find out how Howard navigated the sale, took home a tidy cash payout, and developed a repeatable business model for herself and other aspiring entrepreneurs.

Howard focused on building a private label business to set her apart from generic brands on Amazon. This kind of Monopoly Control is one of The Value Builder System’s™ eight key drivers of company value. To see how your business stacks up, get your Value Builder Score for free right now. 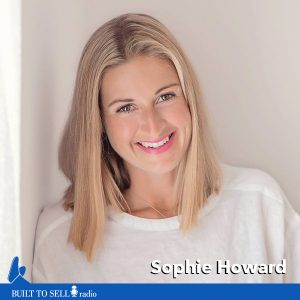 Sophie Howard is a 7-figure Amazon seller and online business coach. She helps entrepreneurs source profitable products, build premium brands and sell their online businesses. She has sold two Amazon businesses, one for 7-figures USD and is currently building her third global brand. Howard lives her own financially free lifestyle, residing with her family in Wanaka, New Zealand. 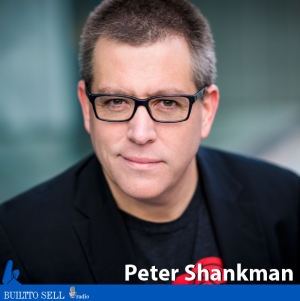 Peter Shankman started Help A Reporter Out (HARO) to connect experts with journalists. Within three years, Shankman was generating $1.5MM from selling ads on his email blasts. That’s when hi largest advertiser approached him to buy HARO. 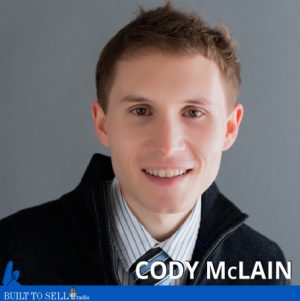 To Sell or Not to Sell?

Would you rather have one million dollars in the bank today or a chance to have ten million a decade from now? It’s a philosophical question that comes down to the time value of money and your tolerance for risk. 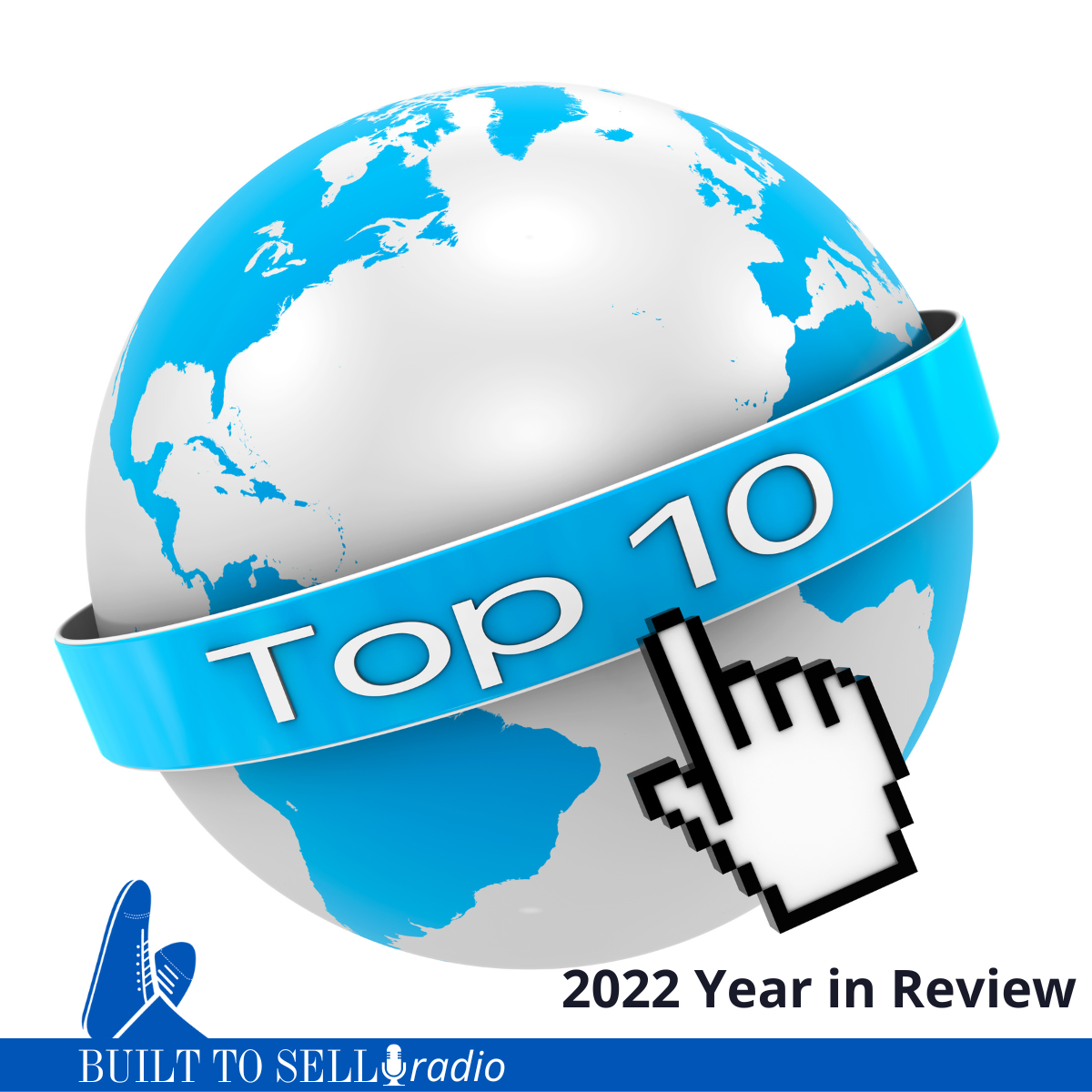 End of the Year Special: Top 10 Strategies for Building the Valuable of Your Company, Punching Above Your Weight in a Negotiation to Sell, and Feeling Happy After You Leave

This week on Built to Sell Radio, we highlight the top strategies from the 10 most popular shows of 2022. 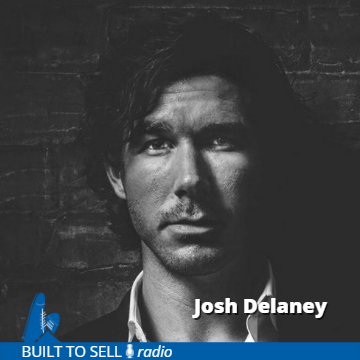 Josh Delaney started FAB CBD, a CBD e-tailer, in 2017. Delaney’s Mom was his first customer, but his sales quickly went beyond family members. By 2020, through a combination of savvy marketing and good fortune, FAB CBD had risen to more than $10 million in annual sales. In early 2021, Delaney caught the attention of High Tide, a Calgary-based cannabis company that offered him $13 million in cash plus $8 million High Tide shares in return for 80% of FAB CBD (an implied valuation of $25.8 million).

The One Question You Never Answer

In this episode of Built to Sell Radio you’re going to hear from Erik Huberman, who started Swag-of-the-month, a T-shirt business he quickly scaled from start-up to sale in 18 months.

Huberman considers the exit a success, but during negotiations there was one question the acquirer asked that Huberman wishes he had never answered. 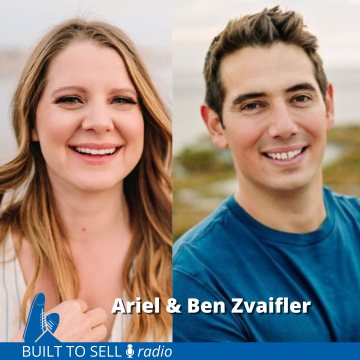 Like many young couples, Ben & Ariel Zvaifler got a puppy and found themselves trying to figure out how to train it. They wondered what toys were safe and what kind of food to give to their brand-new puppy.

The couple figured they weren’t alone and decided to launch PupBox, a subscription box for new puppy owners that offered owners training guides, treats, and toys for puppies appropriate for their age and stage of development. 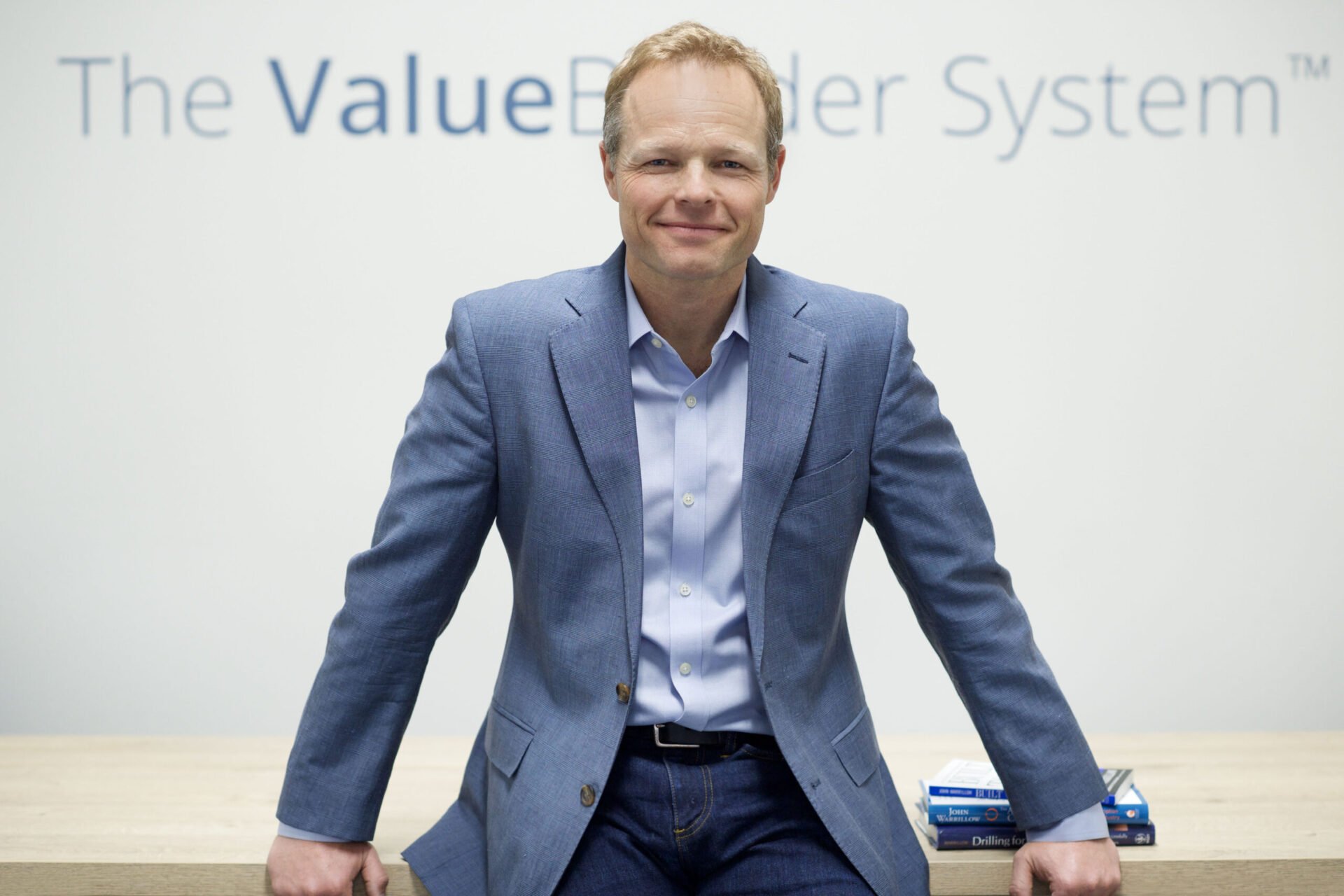 How to Time Your Exit in Any Economy

The economy has been a roller-coaster over the last quarter.

In this special episode of Built to Sell Radio, John Warrillow reveals the downside of trying to time the market and shares four alternative ways to know when to sell. 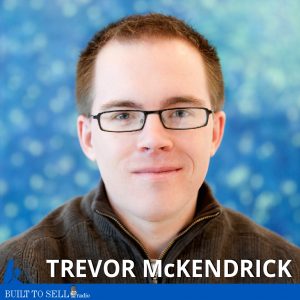 The Atheist Bible Salesman Who Sold His Company for 5X Revenue

Trevor McKendrick had created the best-selling Spanish-language Bible app when he was approached about an acquisition. The offer was 3.5x revenue but Trevor got them to 5x with a combination of chutzpah and a knack for reading the fine print. 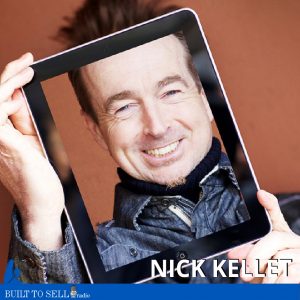 A strategic acquisition is a different animal. The strategic acquirer will place a value based on how much more of their product they can sell, which is exactly what Business Objects did when they bought Next Action Technologies, for 8X revenue.

In 2014, Adii Pienaar started an email marketing platform for retailers, which became Conversio. By 2019, Pienaar had $2 million in revenue and 14 employees.

How Much Are Your Employees Worth To An Acquirer?

Impact LABS had no hard assets and little intellectual property, so why would ContextLabs want to acquire them for millions?