The key man discount can take a zero off the value of your business. Find out why and how to avoid this trap when selling your business.

In this episode of Built To Sell Radio, you’ll hear an interview with Jeff Davis, who sold his business Legal Artworks back in October 2014. Learn how Jeff got to the point of only going into the office once a week, how he avoided the ‘key man discount,’ and why he didn’t sell his business to the highest bidder.

By his 30s, serial entrepreneur Jeff Davis had already built multiple nationwide companies and was featured in Fortune Magazine, CNN.Money and by countless other news stories. In 2014 he successfully sold his medical-legal trial presentation company to a Bio Tech out of Michigan so he could dedicate his life to helping other entrepreneurs and CEOs grow their businesses by facilitating roundtable groups and other events designed to help entrepreneurs and CEOs be more successful.

Manny Fernandez started HomeBuyingCenter.com in 2007, just as the real estate market started to wobble in the United States. As it turned out, his timing was perfect as his site helped underwater homeowners unload their real estate. 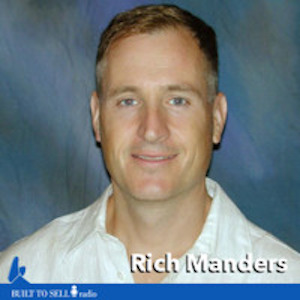 Getting A Second Bite Of The Apple

Richard Manders co-founded iAutomation and built it up to $12M before deciding it was time to recapitalize. Manders sold 75% of his company for almost 8 times EBITDA to a Private Equity Group (PEG) and held 25% interest in the company after the sale.

Jim McManaman started his accounting firm in a small town of 3,000, so when he decided to sell, he had to figure out how to do it without tipping off his employees.

The Downside Of Being Upfront With Employees

In 2011 Josh Holtzman, the founder and CEO of American Data Company, gathered his employees into a conference room to announce “Fifteen Cubed”, a company-wide initiative to grow to $15 million in revenue by the year 2015.

How to Punch Above Your Weight Class With Acquirers

Peter Carlin started Logicearth to improve how companies teach their employees online. They built e-learning courses that were almost as good as being there in person. They caught the attention of a marketing agency called The Creative Engagement Group (TCEG), which had clients that needed online courses.

The action sports business is fuelled by big brands which is why, when SPY Optics built a style popular with irreverent teens, eyewear bemouth Bollé decided they had to own them.

From Billion Dollar Startup To Bankruptcy And Back Again

when he took the company public in 1999 on the way to a market capitalization of more than $3 billion. Until the bubble burst.